Domestic violence can be defined as a pattern of abusive behavior in any relationship that is used by one partner to gain or maintain power and control over another intimate partner.

Domestic violence can be physical, sexual, emotional, economic, or psychological actions or threats of actions that influence another person. This includes any behaviors that intimidate, manipulate, humiliate, isolate, frighten, terrorize, coerce, threaten, blame, hurt, injure, or wound someone.

Strangulation Penal Code 22.01: Surprisingly, 10% of violent deaths in the U.S. are attributted to strangulation. The majority of these case are women.

Sexual Abuse: Coercing or attempting to coerce any sexual contact or behavior without consent. Sexual abuse includes, but is certainly not limited to marital rape, attacks on sexual parts of the body, forcing sex after physical violence has occurred, or treating one in a sexually demeaning manner.

Emotional Abuse: Undermining an individual’s sense of self-worth and/or self-esteem. This may include, but is not limited to constant criticism, diminishing one’s abilities, name-calling, or damaging one’s relationship with his or her children.

Psychological Abuse: Causing fear by intimidation; threatening physical harm to self, partner, children, or partner’s family or friends; destruction of pets and property; and forcing isolation from family, friends, or school and/or work.

Domestic violence not only affects those who are abused, but also has a substantial effect on family members, friends, co-workers, other witnesses, and the community at large. Children who grow up witnessing domestic violence are among those seriously affected by this crime. Frequent exposure to violence in the home not only predisposes children to numerous social and physical problems, but also teaches them that violence is a normal way of life – therefore, increasing their risk of becoming society’s next generation of victims and abusers.

Want to Become a Member?

The Kansas City Gem Theater welcomes the hit stage play, Living In The Black. The musical stage play starts at 7pm on October 24th. This is our second city stage production, we hope to bring this to other cities! The contributing agency is SAFE HOME.

"Living In The Black"

Our first Theatrical Stage Play, Living In The Black, took place on May 9th, in Henderson, KY at the Henderson Fine Arts Center. With contributing agency, the Albion Fellows Bacon Center

Brenda featured in Courier Press article about her Musical to address speaking up about domestic violence.

Brenda appeared on WNIN to discuss her breaking the silence. 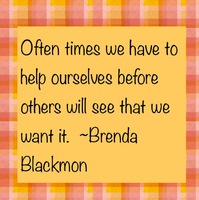 This is an explosive scene from the Stage Play Living In The Black! With Brookelle Bailey and Michael Vance. This story bites at your heart and changes how you see domestic violence.

Author of Living In The Black 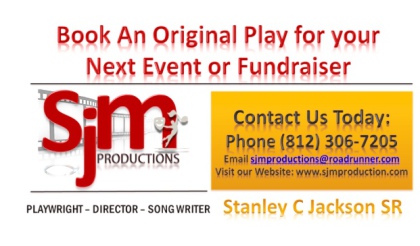 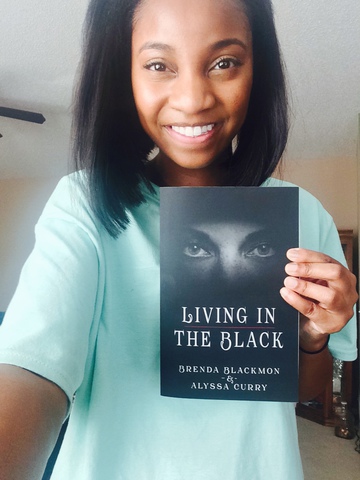